I started making pickles (garlicky dill) three or four years ago, and jam (blackberry and raspberry, then last year, strawberry), and not too long ago, after she took a jar back to New York, my daughter said her friends thought it was so cool that I actually made stuff like that. I’ve been homebrewing beer since the late eighties, and so this didn’t seem to me all that much different. I don’t know why I was surprised that these college students would think that making pickles was so unusual. I’m guessing most of them don’t come from Portland. (If you’ve seen Portlandia, you know what I’m talking about.) 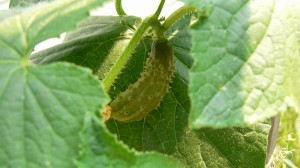 This thing is now about as big as my forearm, and is going to have to be quartered to fit in a pickle jar.

A couple of days ago, I was picking snowpeas in my garden and my next door neighbor was in her yard, watering their flowers. I said, I just love being able to walk out into my yard and eat stuff that’s growing there. She just smiled. She thinks I’m a good neighbor (and I try to be), but she may think I’m nuts, too. Which I might be.

I’ve been growing tomatoes for years, and herbs—parsley, sage, rosemary, thyme, summer and winter savory, oregano, tarragon (it died), dill and chives. Last year I tried to grow peas, but the rabbits—which are legion on my street—and other critters ate them. This year I put chickenwire around the garden and I’m not getting too bad a haul. Also have haricots verts (my favorite green bean) and lima beans (also a major fave). 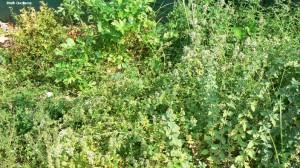 A mess of herbs. Summer savory, thyme, parsley, oregano, most of which are in the same family.

I also have raspberries, blueberries, and blackberries. The birds eat most of the raspberries, and about all I got from my blueberries last year was purple bird poop on my car. I fenced off (on top, too) the blueberries this year, and got most of them, but the birds figured out how to get inside (fixed that, but not until some interesting confrontations. The most interesting one was when the bird figured out how to get in, and then a cat wandered into my yard and saw the bird. Cat tried and tried to get the bird, which was sort of amusing for me, but I imagine that it was pretty completely terrifying for the bird. When I went outside, though, the cat ran off. The bird was too freaked out to get out when I opened up a spot on the fence, but finally figured it out. 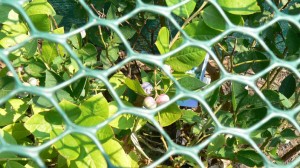 I’ve had to imprison my blueberries so I actually get to eat some. Last year, it was entirely the birds who ate them. Then purple-pooped them on my car. Nice

Last year I wanted to grow my own cucumbers for pickles, and did, but was out of the country for two weeks duing the prime season and ended up with a lot of overgrown cukes, that looked like balloons, and others that had turned to nasty liquid in the fridge.

There is something very weirdly cool, in my opinion, about being able to just go out in your yard and eat stuff. Like snowpeas. Too freakin sweet to do anything but munch on. 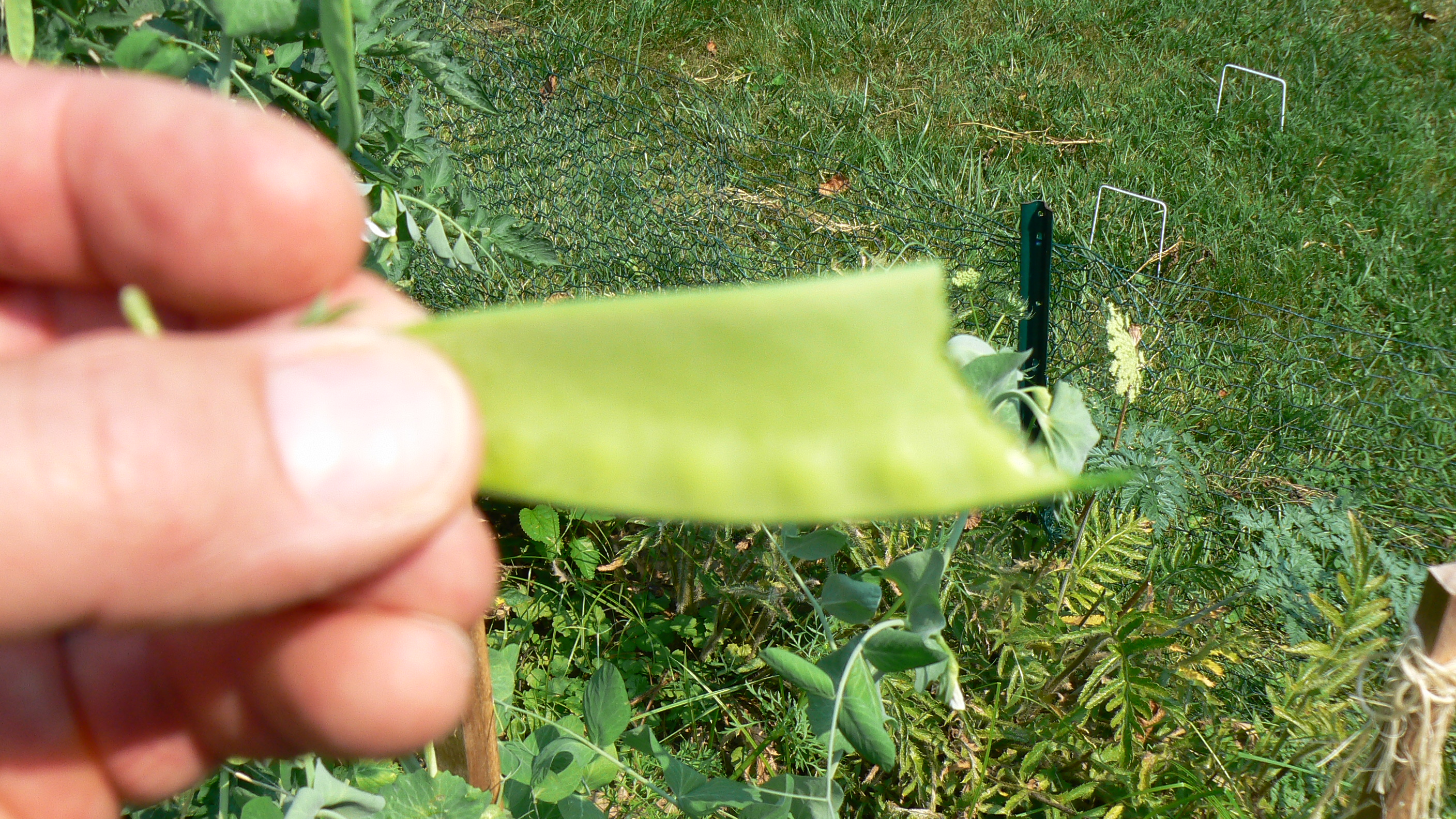 They really are best right off the vine. Sorry it’s out of focus.

I’m afraid that the heat is getting to them, now, though. Watering them a lot so that maybe that helps a little. But the lima beans don’t seem too bothered by the heat.